Huawei’s upcoming P30 Pro, successor to Huawei P20 Pro will come up with quad-camera setup if case designs from Olixar prove to be accurate. The smartphone case by Olixar was revealed by UK retailer Mobile Fun ahead of an expected Huawei P30 Pro announcement at MWC in February 2019.

The four cameras in upcoming Huawei’s smartphone are placed vertically on a top-left corner of the case along with a Dual LED flash. Whereas, the standard device i.e. P30 will have the same triple camera setup, like the previous flagship by the brand.

As per the previous leaks, it will sport a 38-MP camera coupled with other three cameras on the back panel of the smartphone. The 38-MP Sony IMX607 sensor comes with a 1/1.8″ sensor size. It even incorporates a Dual Bayer technology which utilizes an array of white pixels to capture more light and detail in low-light. However, it is yet to be announced.

Furthermore, The case renders also has a small teardrop cutout at the front display. This means that the Company is not ready to ditch the notched display even when in-display camera smartphones have already been introduced. Samsung Galaxy A8s followed by Huawei Nova 4 are the two smartphones with a punch-hole camera. Rather it will have a small teardrop notch in both the smartphones with minimal side bezels and a small chin at the bottom.

In the images leaked by Mobile Fun, there is no fingerprint sensor cutout. This means that we can expect Huawei P30 Pro to have an in-display fingerprint scanner. These leaked details are not yet official and moreover, there are no details about Huawei’s P30 Pro/P30 specifications. 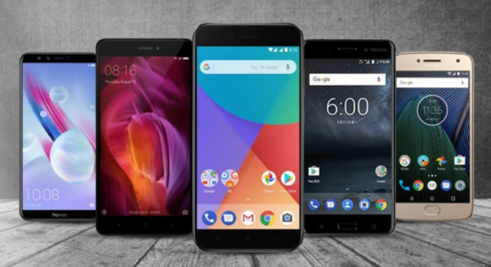 5 Best Smartphones Under 15000 In India Nowadays, there are lots of smartphone makers in India with at…