OnePlus 5G Smartphone With Latest Qualcomm Snapdragon 855 Chipset: ‘The First’ Or ‘Among The First’?

In Qualcomm’s Snapdragon Tech Summit 2018 in Hawaii, Pete Lau, CEO claimed that the next OnePlus’ 5G smartphone would be among the first smartphone to use Snapdragon 855 chipset. The slide and words Mr. Pete used on the stage were different. 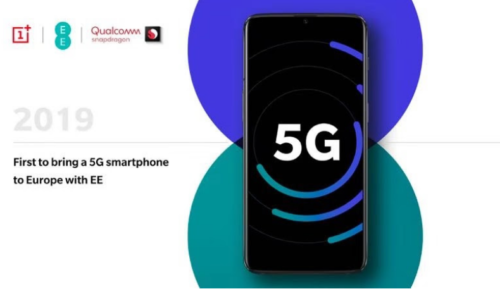 According to the slide used in the summit for presentation, OnePlus will launch ‘the First’ smartphone with the newly launched chipset. However, what he exactly meant was, OnePlus’ first 5G smartphone would be ‘among the first’ to have the latest Qualcomm chipset. The mistake was later accepted, as informed by engadgets.

With the race to launch the first 5G smartphone, Samsung has also planned Galaxy S10 with Snapdragon 855 chipset along with 12GB RAM. On the other hand, the Sony Xperia XZ4 is also tipped to be powered by the latest chipset launched in Hawaii.

Is OnePlus 7 The First 5G Smartphone With Snapdragon 855 Chipset?

OnePlus is planning to launch its next flagship with these features but no official words are given yet. OnePlus 7 may or may not be the next flagship. However, the rumors have been rounded up for OnePlus 7 to come up as a 5G smartphone with Snapdragon 855 processor.

Will OnePlus’ Cross 50K For 5G Smartphone With Snapdragon 855 Chipset?

If you look upon the previously launched OnePlus 6T which comes with Snapdragon 845 processor, 8GB RAM and 128GB inbuilt storage at a price of Rs. 41999.
So we can expect the upcoming smartphone to be a bit costly. The upcoming 5G technology supported with Snapdragon 855 chipset is the reason behind raised up cost, maybe.