With all these Google Pixel 3 Leaks, nothing is left to the imagination

Google will be launching its Pixel 3 line-up of phones in October this year, just like it did last year (and the one before!). The Google Pixel 3 phones have always been known for their superfluous cameras and a good performance with a great software experience. But they aren’t known for designing the best-looking phones in the market. The renders were first leaked by the notorious leaker @Onleaks in June on Twitter.

Here comes your very first look at the Google #PIXEL3 + a fresh new look at the #PIXEL3XL! (360° videos + gorgeous 5K renders + dimensions (as usual, based upon factory CADs)), on behalf of @mysmartprice -> https://t.co/tnW2qMmgRG pic.twitter.com/q6fasFiVP6

Its already August and we have received plenty of Google Pixel 3 and Google Pixel 3 leaks, so much so that now we know almost everything about the device. Looks like Google needs to hire a better plumber next time! Here’s what we know about the Pixel 3 line-up so far.

Pixel line for two generations at least, hasn’t stuck to a particular design, and it looks it might be the case this year as well. Google Pixel 3 and Google Pixel 3XL will sport an all new design which will essentially be a metal and glass sandwich. The front of both the devices will have lesser bezels than last year and the Google Pixel 3XL well, sports a notch. 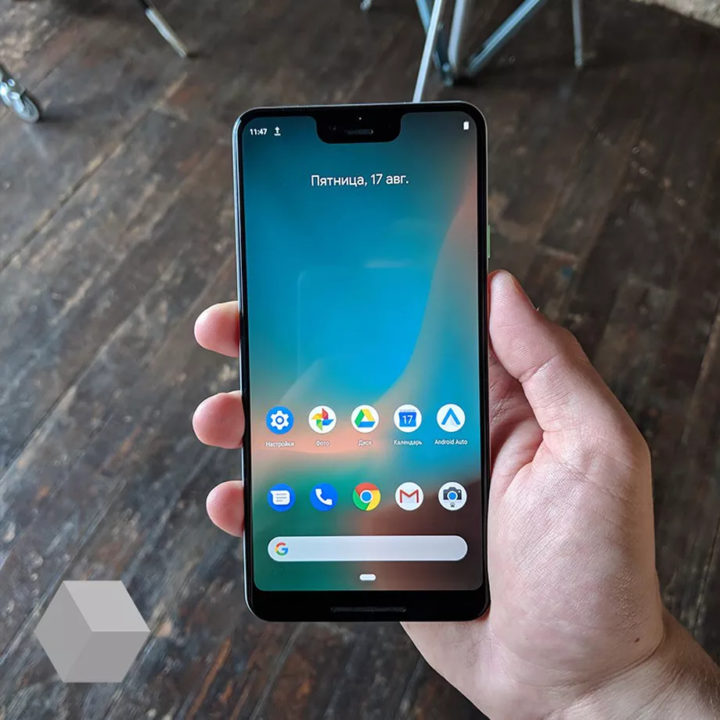 The notch on this thing, well I’ll let you look at the pictures again, is a HUGE one! I mean, I don’t like notches but I don’t mind one because they’ve started to blend in so well, but look at that monstrosity! That notch, well it doesn’t look good but I’m glad the Pixel 3 has lesser bezels without a notch, so yay!? The back on the phone looks similar to the last gen except it isn’t.

The back is now fully made of glass, so there will be wireless charging in the phone, and no I’m not saying that from the back of my head, we have a video that was leaked by a twitter handle by the name khoroshev.

He has leaked Pixel 3XL quite a lot and a video shared by him gives a look into the wireless charging capabilities of the device. The colored power button makes a return too, albeit with only the white variant. There will be again no headphone jack(miss ya bud!) and there just seems to be one Type-C port at the bottom.

The Dual front facing speakers seem to make a return this year, and for good cause too, the Google Pixel 2 and Google Pixel 2XL’s speakers were among the best we tried last year. The RAM and storage configuration sadly, remains the same too.

The Pixel Line-up provides fast and reliable performance despite being powered by 4GB of RAM and it looks like Google is in no mood to change that. A post on XDA reveals the RAM and Storage configuration of the larger sibling, the 3XL, the storage being at 128GB. 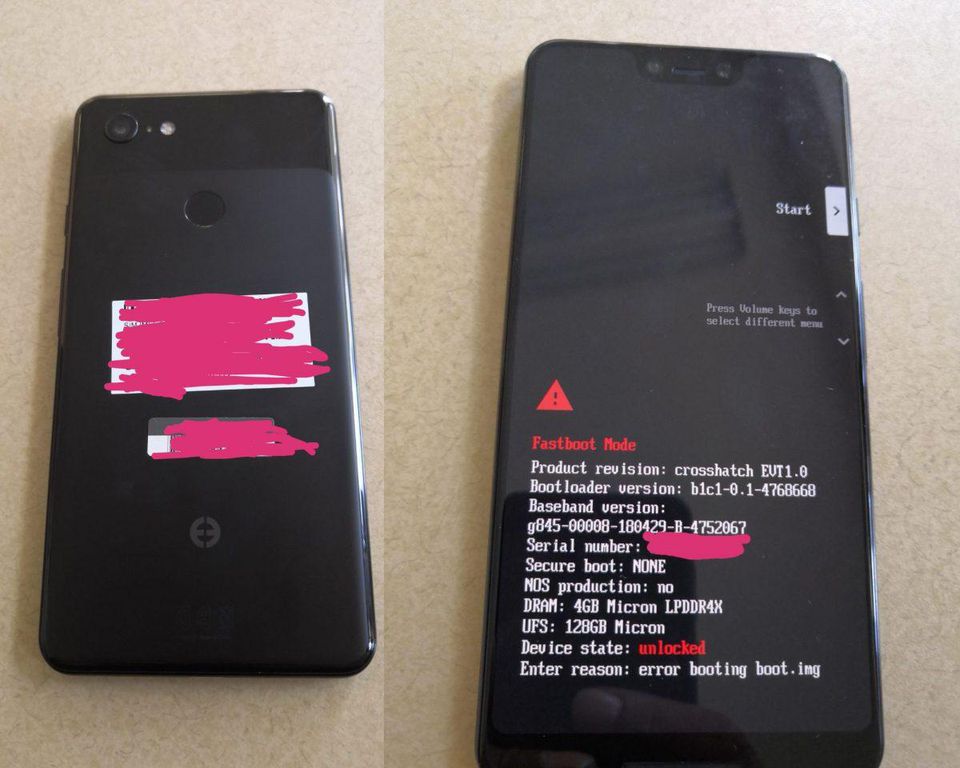 While there is no doubt that Google Pixel 3 and Google Pixel 3XL will perform admirably, an extra 2GB of RAM might’ve helped spice up things a little. The software experience is also slated to be the same, with faster updates. The phone is almost confirmed to run on the staple chipset this year, The Snapdragon 845.

One thing that can help Google’s case with the notch, is Android Pie’s ability to support it. The Android 9 Pie version supports display notches and it might be useful for media consumption in the long run, who knows?

After using a lot of smartphones in 2018 so far, I still love the Pixel 2XL’s camera to death. The excellent image processing shocked everyone by what Google could achieve with just a single lens. The Excellent portrait mode being the example.

The Pixel 3 Line-up is obviously expected to have great cameras at bay, but what we’ve seen so far, Google is still sticking to its one lens agenda.

The portrait mode is great and all, but secondary cameras are also useful for things like Wide angle lens, Telephoto lens or even a Monochrome lens for that matter, Dual camera in Flagships provide much more functionality and I wish Google had taken that route.

What’s more interesting is the front of these phones, it seems (we’re not so sure yet) that Google Pixel 3 line-up will have two lenses up front which makes things interesting because Google already had a great selfie portrait software so maybe the extra camera is for Face detection, or for extra wide selfies or just a depth sensor for portrait mode. We should have an idea pretty soon.

Anyway, the same Twitter leaker, khoroshev has posted some images on his Instagram which, he claims are clicked from a 3XL. If the claim is true, then the camera does seem impressive but there doesn’t seem to be much improvement from the Pixel 2’s camera. But the software is pre-production so there is nothing concrete on that yet.

Google Pixel 3 Box is interesting too-

The leaks of Pixel have been in so much of a flow, that even the retail(almost) box has also been leaked which shows what will be available in the box. There are the usual suspects, Google Pixel 3, Power Brick and Type C to C cable. 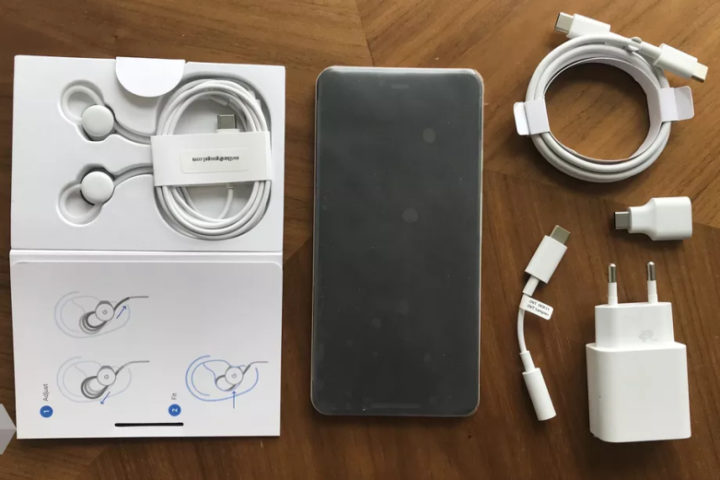 There are some great additions too, like a Type C to Type A cable, a Type C to 3.5mm cable and guess what, an in-ear style wired headphones! The Headphones look like Google’s own Pixel Buds but wired.

The Google Pixel 3 line-up will launch in the first week of October if we go by the trend these launches have followed so far, Google Pixel 3 line-up doesn’t have many things to look forward to, not a speedy performance, not a striking design but what it does have is a striking camera, a great software experience and the fastest updates any Android smartphone can provide.

So yeah, though I am looking forward to using the Google Pixel 3 And Google Pixel 3XL, I really wish I was excited, but I am not. But I still believe in Google so much that I hope these leaks are purposely done by Google to hide the real development and they may shock everyone with an entire new product altogether, but until October, who knows?